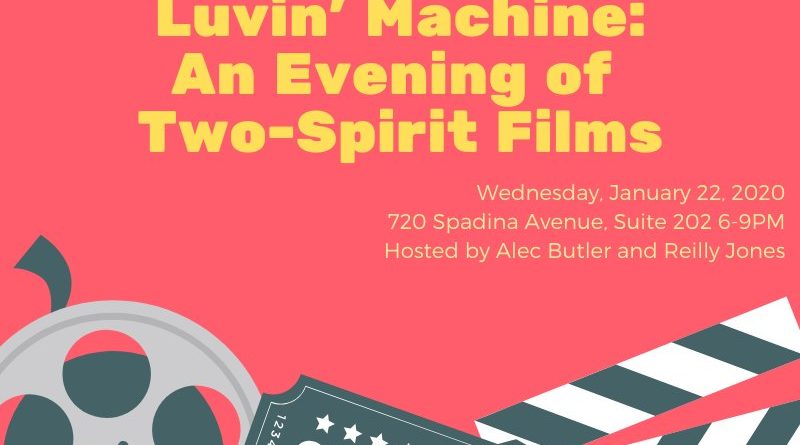 Join us for a FREE evening of Two-Spirit films, featuring:

The venue is wheelchair accessible, with an accessible bathroom and an elevator to the second floor. All are welcome!

The event will be hosted by Alec Butler and Reilly Jones (bios below).

Reilly Jones (She/Her) is a white settler. She is the co-coordinator of the External Education team at the University of Toronto Sexual Education Centre, and a graduate student in public health. Her professional background is in the sexual and reproductive rights of people living with HIV, refugee immigration law, epidemiology, and sexual health education. She also enjoys cooking, playing soccer, and scheduling herself so tightly that she has to run between appointments.