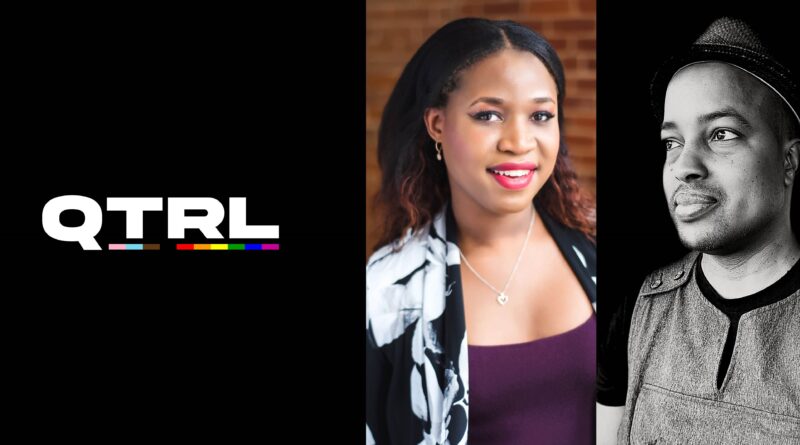 Tatiana Ferguson thinks academia often leaves people like her behind. The long-time activist in Toronto’s Black, trans, and immigrant communities wants to remedy that in her work at U of T’s new Queer and Trans Research Lab (QTRL) at the Bonham Centre for Sexual Diversity Studies.

“A lot of times, historically, researchers have pathologized, and been very extractive of, my communities,” says Ferguson. “I’m really ensuring queer and trans voices are centered, not the voices of those who may be investigating them. There’s not a lot of literature that’s documented the lives of Black trans women. I’m bringing a gender lens and a racial diversity lens.”

Ferguson – along with artist and activist Abdi Osman – is a community leadership resident at the QTRL. The residencies allow activists and community leaders to share, develop, and circulate their work, as well as to establish connections with students, teachers, and researchers.

Ferguson wants to launch a new version of The Dating Game. Not the TV show from the 70s that spawned a thousand cliches about heterosexuals, but one that addresses the realities of love for African, Caribbean, and Black trans women in Toronto.

The game is part of her project TRANScending Love: Rings and Tingz, which explores the dating experiences of Black trans women in the city and which is almost ready to launch.

“It’s about exploring sex, love, marriage, and the long-term relationship needs among trans women,” says Ferguson. “They experience a lot of microaggressions, misogyny, transphobia, there’s murder of trans women, often trans Black women. They experience questions of belonging. I decided to focus on this demographic because there are these feelings of loneliness that sometimes only Black trans women have. I wanted to explore their hopes and their aspirations when they’re pursuing relationships, and how that fits with their livelihood.”

Ferguson’s residency at the QTRL also offers her the opportunity to bring her singular perspective to the work of academics, artists, activists, and students.

“I think I occupy a unique space,” says Ferguson. “I do have sufficient experience in writing papers and designing studies that I can be part of the knowledge exchange that’s taking place with other researchers. I’ve worked on about 10 research projects, all of which have involved black and trans people. I want to be able to demonstrate that community members can contribute to projects in leadership roles, not just as participants.”

Ferguson arrived in Toronto in 2014 as a refugee from the Bahamas. Her application was successful, but she has been trying to make things easier for other Black trans women in similar situations.

“I wanted a place where I could explore my gender,” she says. “I was not being my authentic self in the Bahamas. But I noticed there was a big gap as a trans person who was going through resettlement. A lot of groups were not approaching things intersectionally. Newcomer groups were for all newcomers; every group you went to required you to present identification. If you didn’t agree with the gender identity on the ID, a lot of newcomer groups were not open to it.”

In addition, in Ferguson’s experience, existing groups for trans people didn’t address issues of race or the realities for trans immigrant women. So Ferguson decided to start her own group.

“I wanted a group more reflective of who I was – trans and immigrant – that helped people with gender navigation, with how they were reflected in their identification, with pronoun usage, with where to buy clothes.”

Since her arrival in Canada, Ferguson has co-created the Perception support group for newcomers, refugees, and asylum seekers at EGALE Youth Outreach and has been a facilitator with Supporting Our Youth’s Human Rights Equity and Access Team. She has also worked with Black CAP, The 519, Sherbourne Health, and the Canadian Council for Refugees Youth Gathering. She has been the project coordinator of the TransFormed Project at METRAC, which seeks to address partner violence from two-spirit, non-binary and trans perspectives, and with the Black Queer Youth Collective on the Domino Project at Parkdale Queen West Community Health Centre, providing Black LGBTQ2S+ youth with a safe, supportive, experiential learning environment.

Ferguson is also a national project co-investigator and team leader for refugees and newcomers with Trans Pulse Canada, a community-based survey of the health and well-being of trans, non-binary, and two-spirited people across the country.

Ferguson received a Bonham Centre award for her community activism in 2019, which led her to apply for the residency.

“I think there are few labs like the QTRL that engage students in integrative learning experiences,” says Ferguson. “It’s been helpful for connection-building and community-building. I’ve been able to share my thoughts and impressions, and I’m benefitting from the knowledge exchange.”

During the Covid-19 pandemic in Toronto, Osman started researching another, earlier pandemic in the city: HIV and AIDS in the 1980s and 90s and how it affected the lives of gay black men.

The research was for Osman’s new film – which he hopes will be ready next year – Black Gay Pleasure/ Pleasures of Black Gay Men 1970 Until the Present. The film will explore three eras of black gay life in Toronto: before HIV/AIDS; during the pandemic; and its aftermath. It will be a mix of archival footage and interviews with men who lived through the pandemic about community, nightlife, and sex.

“This film is trying to counter the erasure of black gay men from history,” says Osman. “If you look at [queer Toronto] publications like the Body Politic or Fab, they erased everything else and focused on whiteness.”

Osman was previously a Fellow at the Bonham Centre in 2019 and teaches a course in visual arts and architecture to first-year students at U of T. He is excited to be part of the QTRL’s mix of academia, art, and community.

“Scholars writing on queer topics or queer people have to get the information from the queer community,” says Osman. “At the QTRL, you have community people, artists, activists, all working and sharing ideas. I think the work is not separate, everything is very interconnected. With the Lab, we’re all learning from each other.”

Osman has an undergraduate degree in African studies and environmental studies from U of T, and a Master of Fine Arts in documentary media from Ryerson. He became interested in art in high school after arriving in Toronto in 1990 at 17, having fled with his family from the civil war in Somalia. And after getting his BA, he decided to focus on it full-time.

“I consider myself to be a multidisciplinary artist—painting, drawing, mixing different parts of media,” says Osman. “I try to add a different layer to the work that allows the audience to feel they’re behind the scenes. You see a beautiful photograph, but you can’t read anything beyond the photograph. My works asks that you do.”

“I concentrate on the documentation of Black gay men. There’s not a lot of this kind of archival work in Toronto, especially about Black and Muslim gay men like me. I started documenting for myself at first, but even younger people who were born here, don’t really know the history.”

Osman says he uses his work to break down some of the myths around black gay men.

“There’s this belief that there are no black gay men, or that the black community is very homophobic. With the work I do, I try to interrupt that narrative.”

If black queer immigrants in Toronto are represented, Osman explains, it tends to be through a Western, hegemonic narrative of “from persecution to liberated nation.”

“A lot of the Toronto scene is focused on black queer people who come from elsewhere as refugees. They talk about black people who are fleeing from their country or their family because they are homophobic. You’d think black people or nations are the most homophobic people and places around. Meantime, you have people from small-town Ontario, white people, running away from their town or their family because they are homophobic. There’s not much difference.”

“There’s also still a lot of misinformation floating around that black queer people are carriers of HIV, or black men are seen as violent, or they are seen as sex objects. On Grindr, or other dating apps, those things are still very common.”

By exploring lost or ignored history, Osman’s work demonstrates how black gay men have always been part of Toronto’s queer scene. His film project, Black Gay Pleasure, has its roots in an earlier work called Shadowboxing, which screened this fall at the ArQuives: Canada’s LGBTQ2+ Archives. Shadowboxing looked at practices of black gay cruising in Toronto at the turn of this century and featured black gay men talking about encountering each other and having sex in places like Queen’s Park.

“When you listen to the video, there’s a lot of conversations about different types of men meeting in different places and the tensions between race and class during those encounters. A lot of the men were black men, people around my age or even younger at the time, who had these experiences. With Black Gay Pleasure, I want to look even further back into this history,” specifically, to the 1970s before the AIDS crisis.

Osman sees his work as helping to build community, but community is also very personal for him. In a recent interview with the official podcast for the QTRL—QTcast—produced and hosted by QTRL media specialist Elliott Tilleczek, Osman explains, “Most of my work is created based on not only my lived experience but also people who I know […] and when I talk about documenting Black queers, I’m also thinking about how they intersect with black masculinity, and with Muslim identity. Because I am Black.  And I am queer. And I am Muslim. And a lot of people can’t really associate those three things.” The goal of Osman’s community work, as he explains it, is to be able to hold these intersecting experiences together as part of the ongoing and complicated history of black gay men in Toronto.

“When I was still an undergrad, I started volunteering with Black Aids organizations. Most of the people in my artwork are people I met in my work. A lot of my work focusses on community, but my work is actually not very separate from my own life.”